A pioneer and a mother figure for the Radiography Profession

Marion Frank (1920-2010) had three loves in life; family, radiography and the Middlesex Hospital which she spent most of her professional life. Marion Frank is best described as a citizen of the world rather than one of a country. Marion was a true pioneer and put radiography training and education on the map across the world. Marion spent most of her career as a teacher and head of the radiographer program at Middlesex Hospital School  She became the superintendent of radiograhy in 1965.  As a believer in involvement Marion practiced her passion by serving as a Past President of the Society of Radiographers in 1967 and also an examiner for the society.

Marion was a founding member of the ISRRT and served as Chair of Education for 15 years. She helped formulate  the first education policy for the ISRRT.  Marion also served on the ISRRT Board of Management and is well remembered for her professional work with the ISRRT. Marion was devoted to the ISRRT’s ideals and aspirations for bringing together radiographers throughout the world. She worked tirelessly to promote and foster the ISRRT in those countries and people most in need. Marion’s Influence was great among her peers.   Marion was always demonstrating her love for sharing education with those that had less opportunity. Past President of the ISRRT, Dr. Tyron Goh, remembers when Marion’s selflessness and generosity found herself swapping her business class airline ticket for an economy ticket so four additional professionals could join her for a seminar. She then gave them her suite and she checked into a budget hotel so everyone could attend the seminar with her. Marion supported diversity and made sure to demonstrate exceptional service and commitment to educating radiographers and supporting the development of medical radiation technology Her dedication and ideals were so powerfully demonstrated the ISRRT awarded Dr. Marion Frank the Dien Van Dijk award to her on her 90th birthday.


Nominations are to be made by an ISRRT member society and the recipient must be a member (current or retired) of that society or associate member of the ISRRT.

Nominations should be submitted to the CEO  who will convene a committee composed of a council representatives from each of the regions to review and create a short list of applications received for consideration by the Board of Management.

Award to be presented at Congress Banquet. 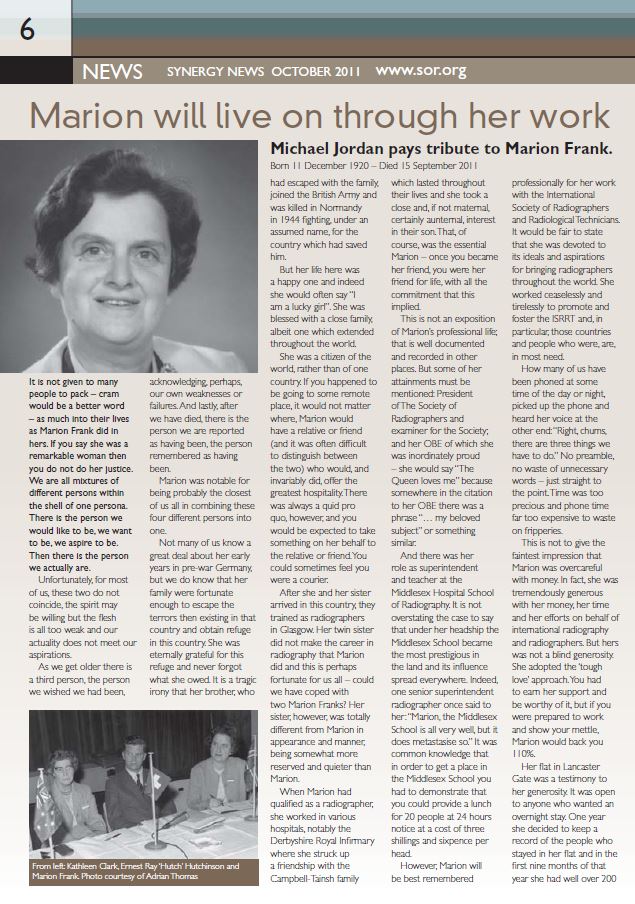 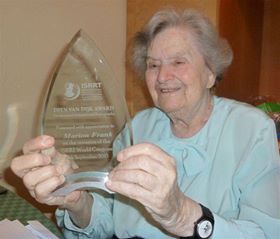