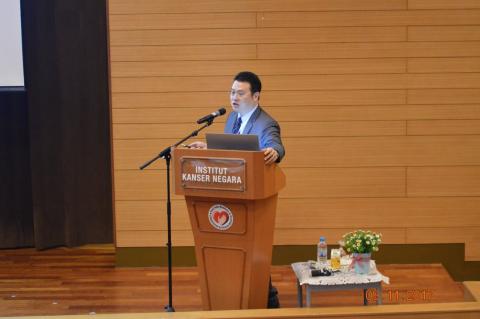 Dr. Napapong Pongnapang, Vice President for Asia and Australasia, represented radiographer profession (ISRRT) at the 5th IRPA-IOMP-WHO regional workshop on safety culture in healthcare for Asian and Pacific countries. The conference was held in Putrajaya, Malaysia during 8-10 November 2017. Representatives from professional groups including radiologist, medical physicist, radiographer and regulators were attended and provide professional opinion on the issues related to safety culture.

During the workshop, there were several issues regarding radiation safety culture among different stakeholders in health sciences. Discussion was made on how each profession could contribute to the safety of patients in radiological procedures. Napapong did discuss on radiographer's role throughout the patient journey with emphasis on justification and optimization of medical exposure. The role of ISRRT was also presented, especially the organization’s action in response to the Bonn Call for Action.